The Hinsdale Hornet-Red Devil Invitational is an extremely competitive invite with several state ranked teams. With a majority of the team racing, the GIANTS were ready to test themselves against these top teams. 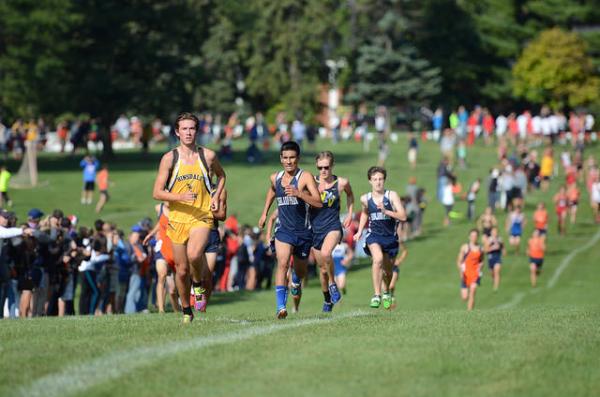 In the varsity race HP’s top 3 got off to a great start. Seniors Alec Glazier and Fitz Laurie along with junior Jose Reyes were out with the leaders early. These three tough runners were not able to hang on this day but battled to still finish well. Reyes ran 15:50.5 to take 19th, Glazier had a strong kick to take 23rd in 15:51.8, and Laurie was 30th in 16:06.0. 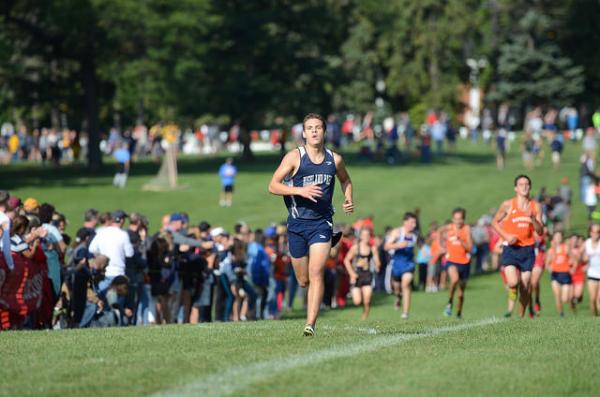 Junior Jordy Mazza had a monster kick in the final 400 to take 88th in 16:59.9 which was just over a minute faster than what he ran last year at this meet. Senior Sebastian Arias had an off day, but still improved from last year running 17:46.8. Junior Jack Schulman had a great race as he ran a personal best 17:56.6. Junior Richard Heller was the next finisher for HP and ran 18:30.5. Senior Alex Frank had a strong kick to run 19:41.1 to finish just ahead of junior Ben Gordon who ran 19:44.9. Next in for the Giants was junior Andrew Biondi who ran a 19:54.1 after running a 21:21.7 last season at this meet. His hard work this summer is really paying off this season. 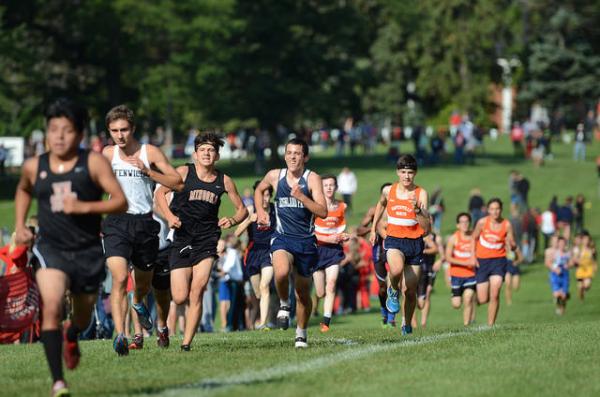 Juniors Noah Canel (21:44.0) and Jack Gonzalez (23:19.5) were the next finishers for Highland Park. This was a huge improvement for Gonzalez after running 26:11.4 last year at this invite.

The varsity team ended up finishing in 8th place. The team knows that much work still must be done, but they are excited for what they can do this season as the pieces continue to fall into place.

The freshmen race was very exciting for the Giants. This year was one of the largest group of freshmen the team has had. More importantly, these freshmen have really shown that they are willing to put in the work and embrace the process of becoming a successful team. 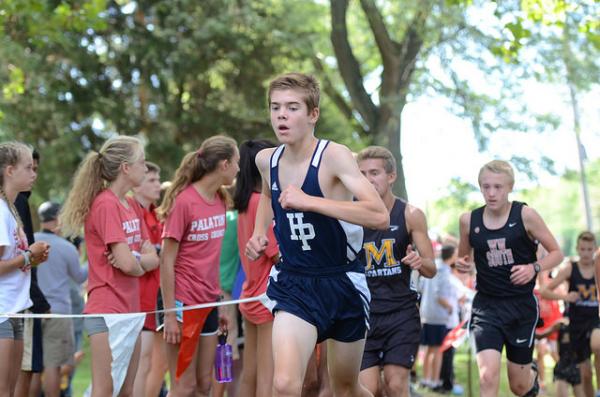 The team was led by Erik Anderson who ran well to finish the 1.93 mile race in 34th place with a time of 11:31.4. Not far behind was Jason Polydoris finishing strong in 41st (11:37.3). Next in for the team was Max Friedman. He has shown a tremendous amount of improvement since the start of the summer as he took 51st in 11:50.0. Tyler Carlson moved very well through the final half mile and passed many runners to finish in 12:10.7. 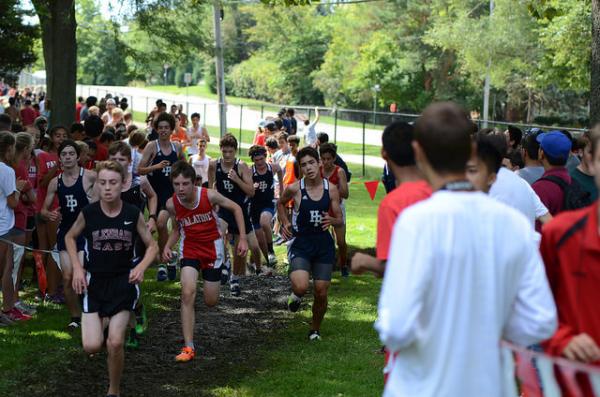